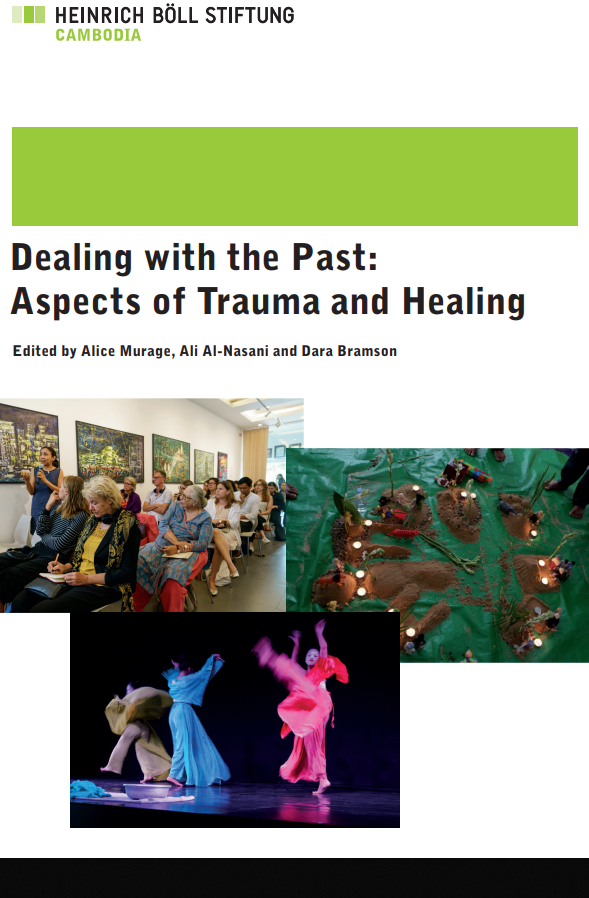 Dealing with the Past: Aspects of Trauma and Healing

On limitations: Lessons learnt and lessons not learnt from German history

The first book by the Cambodian author Mr. Kyle Kao. Get your copy at the local book shop or at hbs. 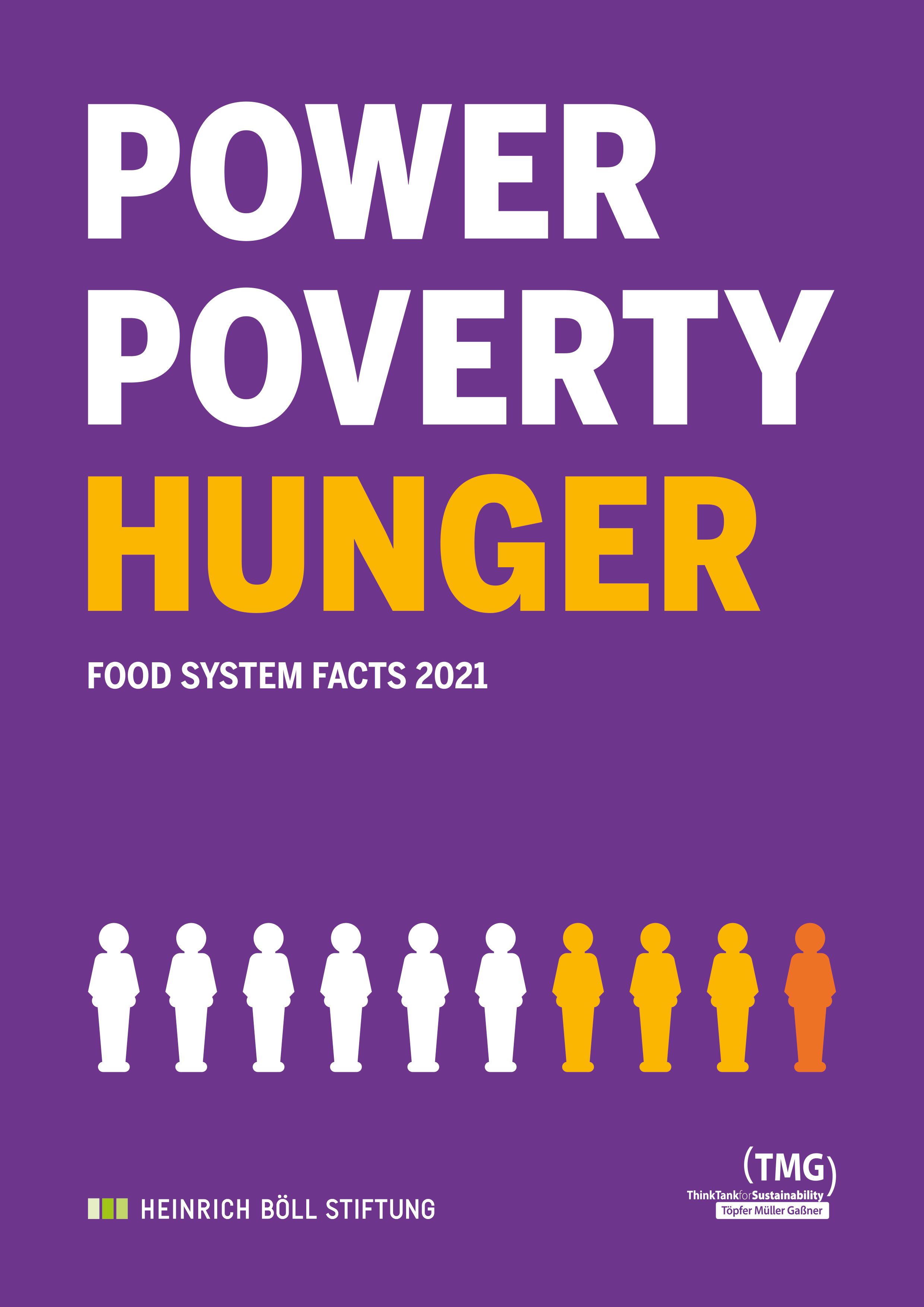 It is possible to create sustainable, just and healthy food systems. For this to happen, it is key to strengthen political structures that truly focus on the right to food, on healthy nutrition, and on protecting biodiversity and the climate. 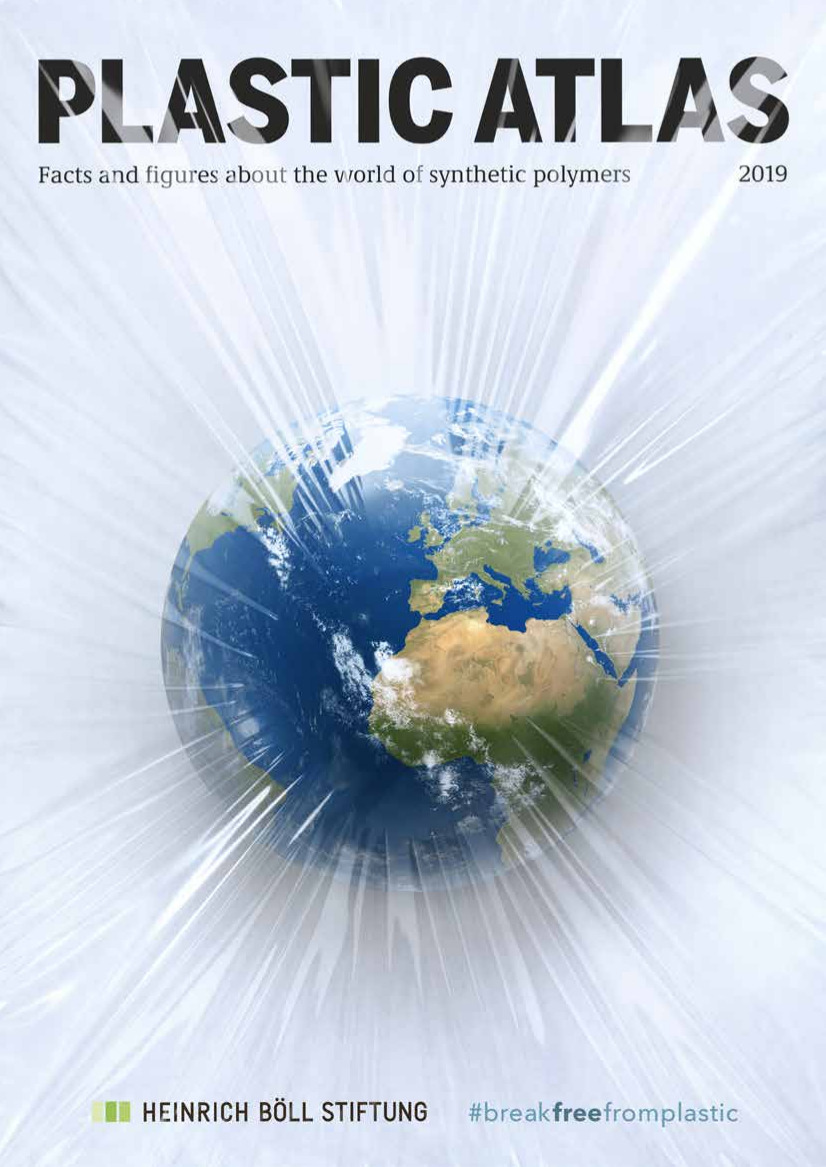 Plastic is ubiquitous: we use it for life-saving medical devices, clothing, toys and cosmetics; we use it in agriculture and industry. But we also know the growing risk of plastic waste in the environment, landfills and the oceans. 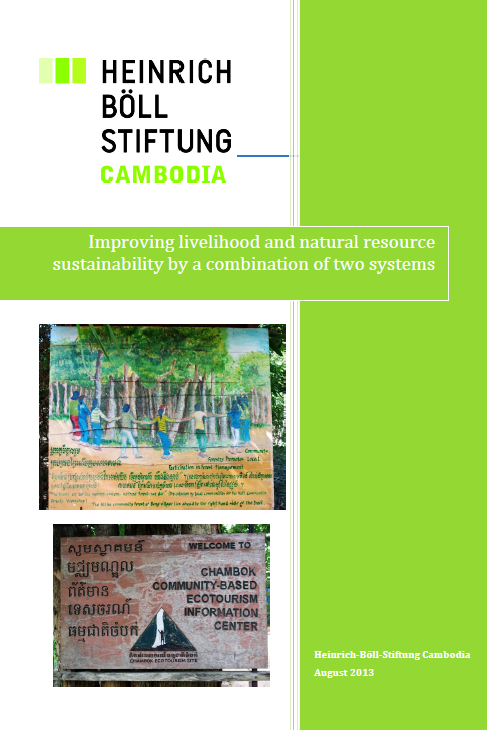 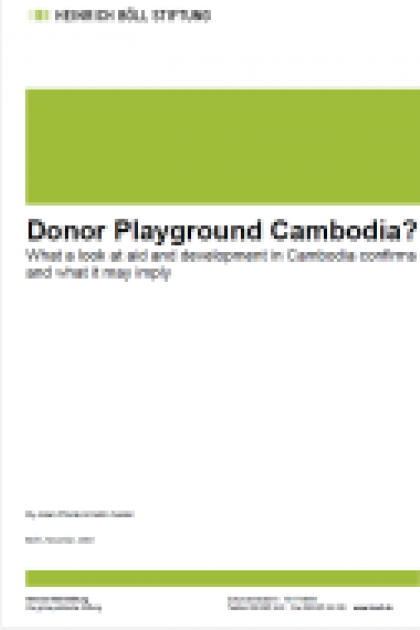 This paper is confrontational and challenges many deep assumptions in mainstream development. It argues that from the early 1990s in many ways Cambodia became a ‘donor playground’. It supports this argument by reference to various arguments in development studies, to a specific case study of intervention in Cambodia, and to an examination of important parts of the relevant donor ‘knowledge production’. 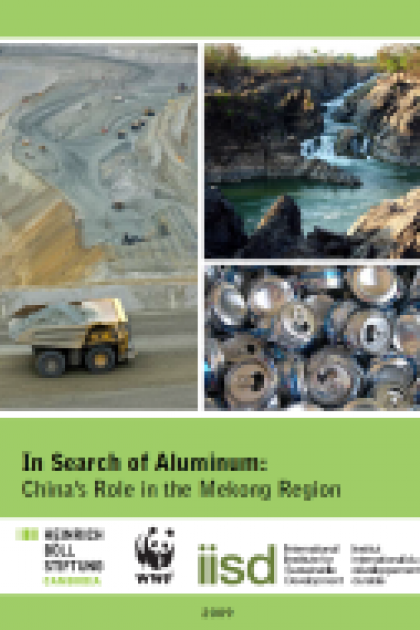 In Search of Aluminum

This study aims to provide a brief overview of bauxite mining in three key locations in Cambodia, Laos and Vietnam. It takes a deeper look into the role that China is playing in investing in bauxite mining and regional infrastructure to strategically position the country as the main market for bauxite, alumina and aluminum from these three countries. 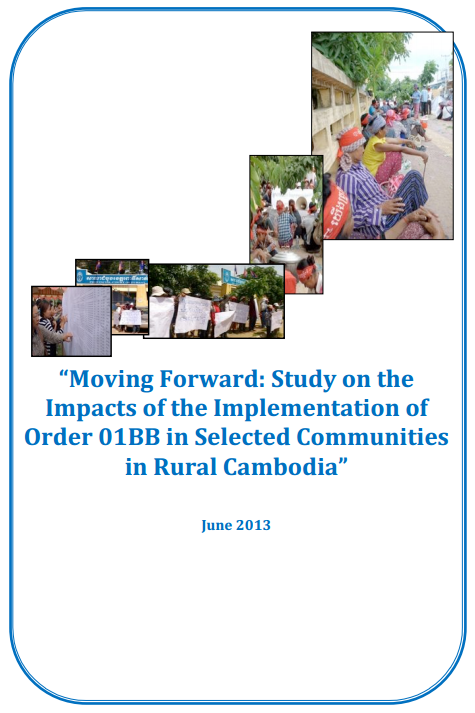 Moving Forward: Study on the Impacts of the Implementation of Order 01BB in Selected Communities in Rural Cambodia

In late June and early July 2012, more than 1,000 student volunteers were dispatched to targeted provinces across the country, accompanied by officials from the Ministry of Land Management, Urban Planning and Construction (MLMUPC), to implement Cambodian Prime Minister Hun Sen’s Order 01BB.  The student volunteers were trained in basic measurement techniques, kitted out with military uniforms bearing the MLMUPC’s logo, transported by army trucks, and directed to measure land and grant land certificates to rural residents. This land titling campaign was the personal initiative of Hun Sen and as such received support from all levels of government. Funding for the campaign came from Hun Sen and his wife, as well as from key members of the ruling Cambodian People’s Party (CPP).

Equality for all human beings is a core principal and Leitmotif of the Universal Declaration of Human Rights of 1949 and manifested in many national constitutions. Due to the lack of equal political participation of women quotas were implemented over the last years – by developed and developing countries in order to improve women’s political participation. Empirical evidence shows that it is a powerful and successful tool. 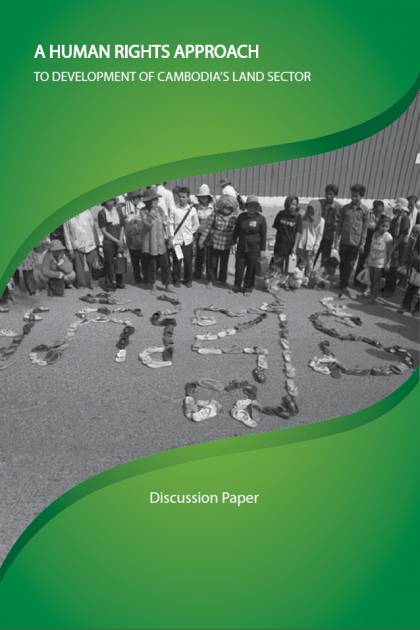 A Human Rights Approach to Development of Cambodia's Land Sector

Despite the tens of millions of dollars in aid and concessional loans being spent in Cambodia, the evidence shows that tenure insecurity, forced evictions and large-scale land grabbing are escalating to alarming
levels. The paper calls on development partners to adopt a ten-pronged framework for a human rights approach to development. 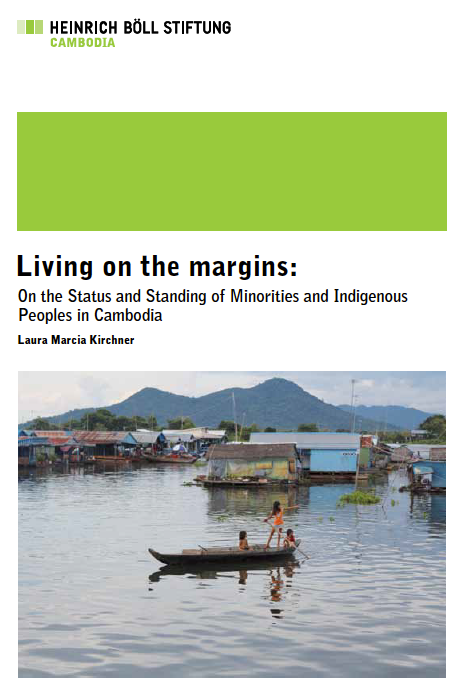 Living on the margins: On the Status and Standing of Minorities and Indigenous Peoples in Cambodia

Cambodian minorities and Indigenous Peoples differ in terms of their migration history, their means of living, the way they practice and preserve their cultural traditions, and their sense of identity. This report attempts to provide an overview of 4 different minority groups in general; and in particular, it will examine and compare the situation of the Cham Muslims, the Khmer Krom, the ethnic Vietnamese, along with the Indigenous Peoples of Cambodia. 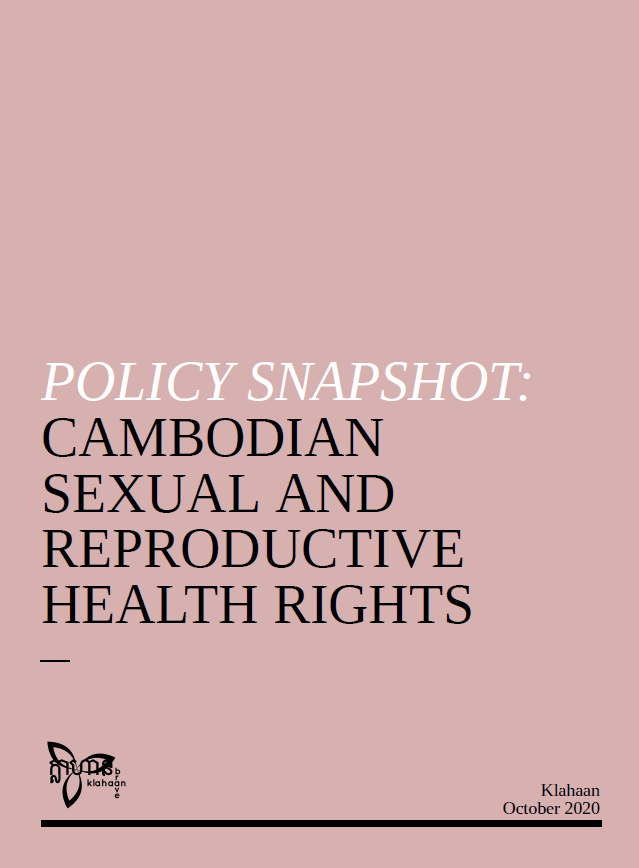 "...people, irrespective of sex, ethnic background, disabilities, gender identity or sexual orientation, are entitled to make decisions about their own body and sexuality, and should not be subject to discrimination, harassment or violence." 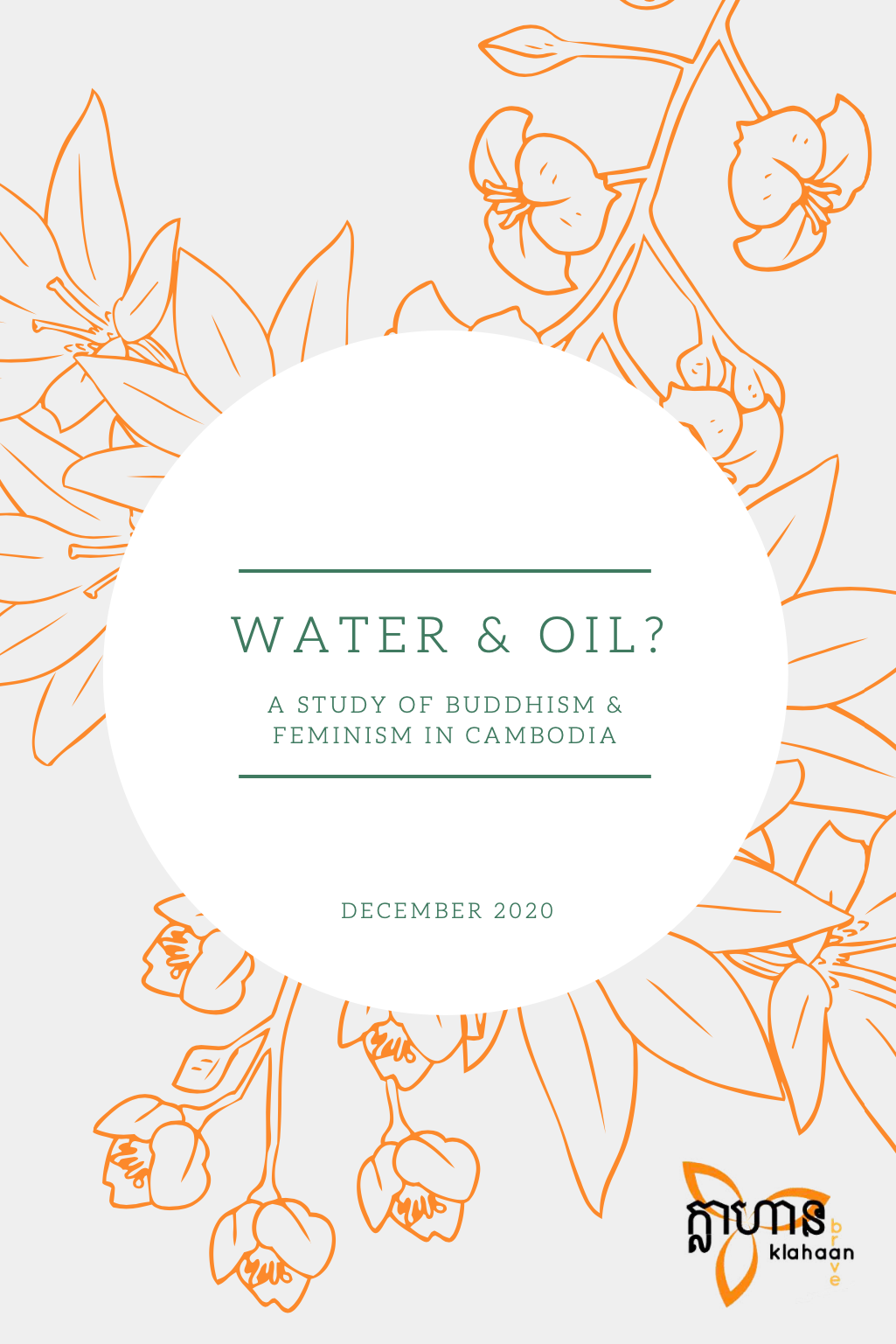 This research set out to examine two key issues: 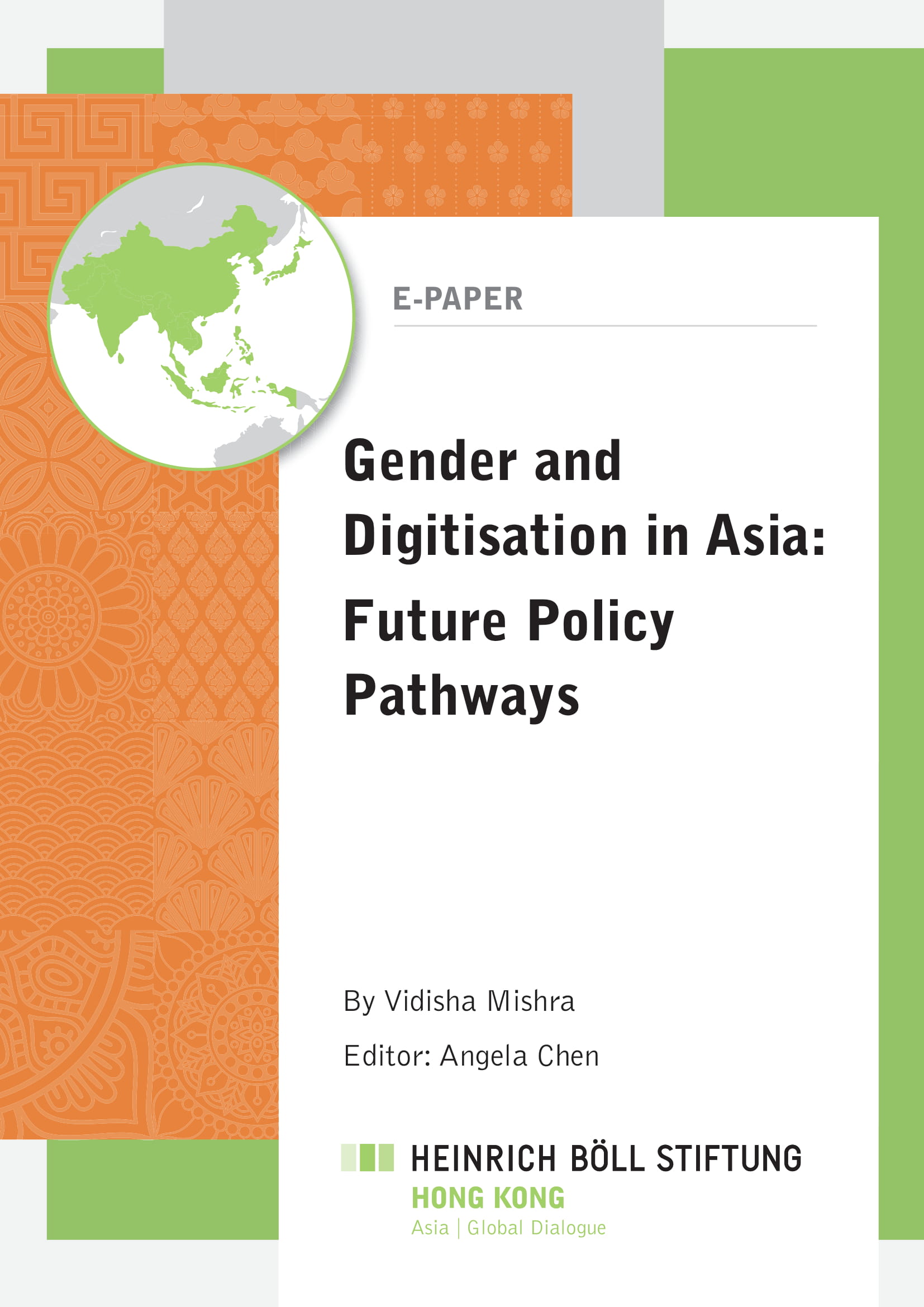 E-paper To ensure that the fourth industrial revolution realises its transformative potential instead of exacerbating and creating new gender inequalities, it is important to understand the many intersections of digitisation and gender from a policy perspective. This paper examines the gendered dimensions of ICT in Asian countries, particularly South Asia and Southeast Asia/ASEAN.

In a rural commune situated along the Mekong river in Kratie province, a group of women with a strong motivation to work for other women`s emancipation come together and decided to engage in activities that could inspire women and offer them new roles and opportunities. 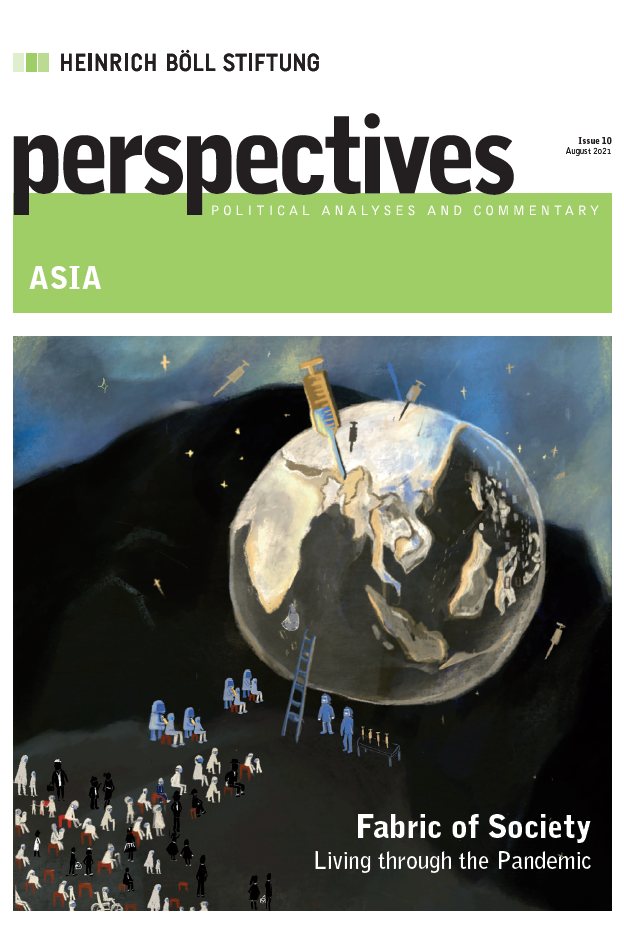 In Autumn 2021, the COVID-19 global pandemic lingers on even though vaccinations are getting pace. The 10th issue of Heinrich Böll Stiftung (hbs)'s serial publication Perspectives Asia takes a look at how the pandemic is reshaping state/society relationships in different Asian countries; it also shares down-to-earth COVID-19 experiences from different regions and cultures, on issues as diverse as trust in government institutions, the situation of migrant workers, and gender relationships. 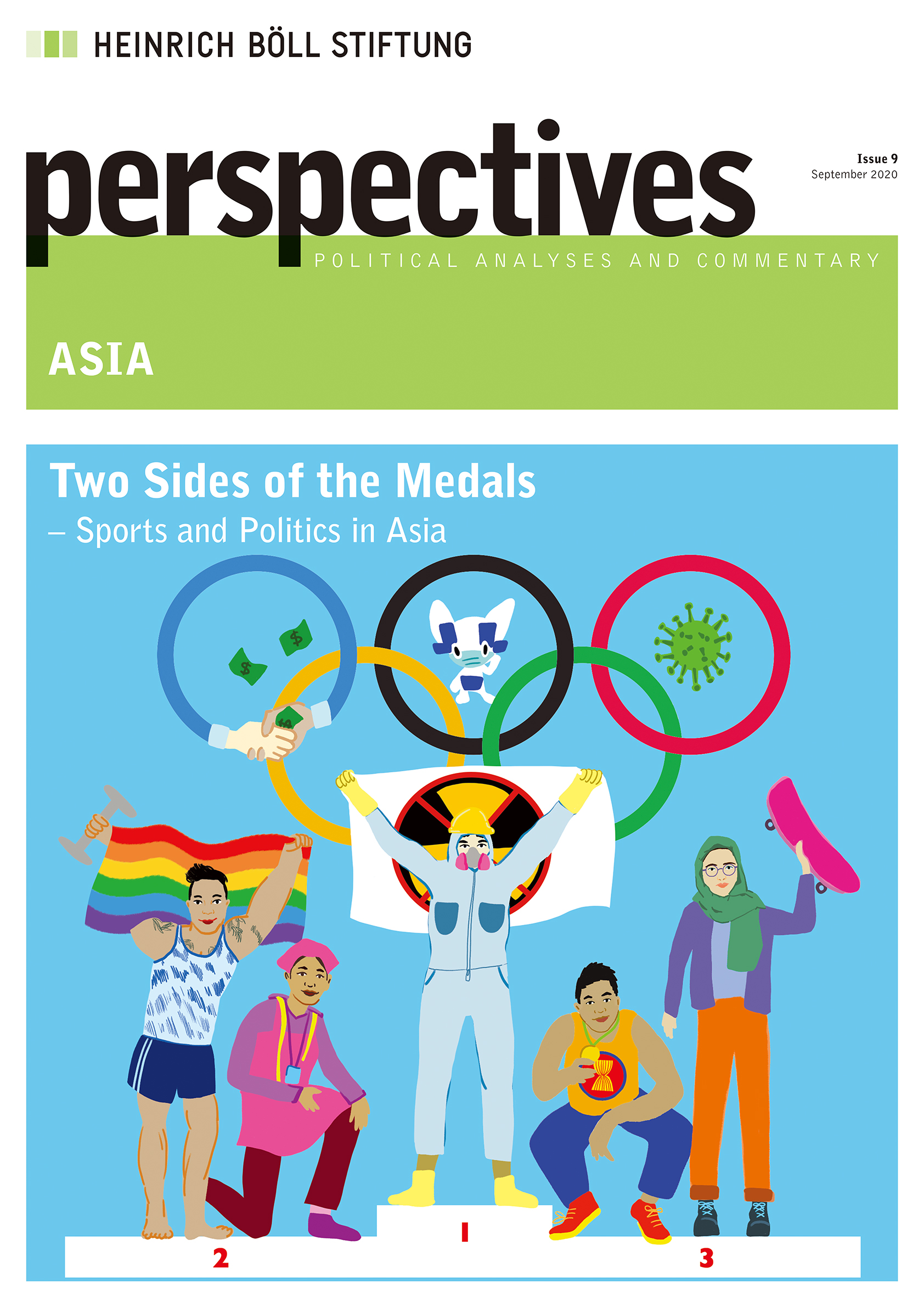 This issue of Perspectives Asia examines the intersections of sports and politics. We look at how, through sports, identities are shaped, myths and heroes are born, and unconventional truths are buried. 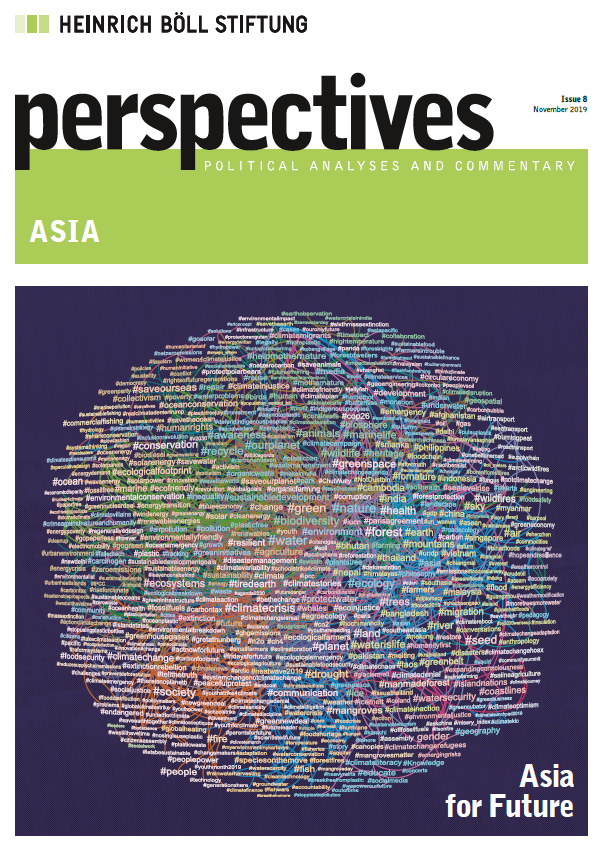 This edition of Perspectives Asia presents the work of climate change activists in Asia who are calling their governments and people to action. They are raising their voices, some of them despite severe restrictions on the right of free assembly and freedom of speech. These activists show immense courage and they deserve international recognition for their work. 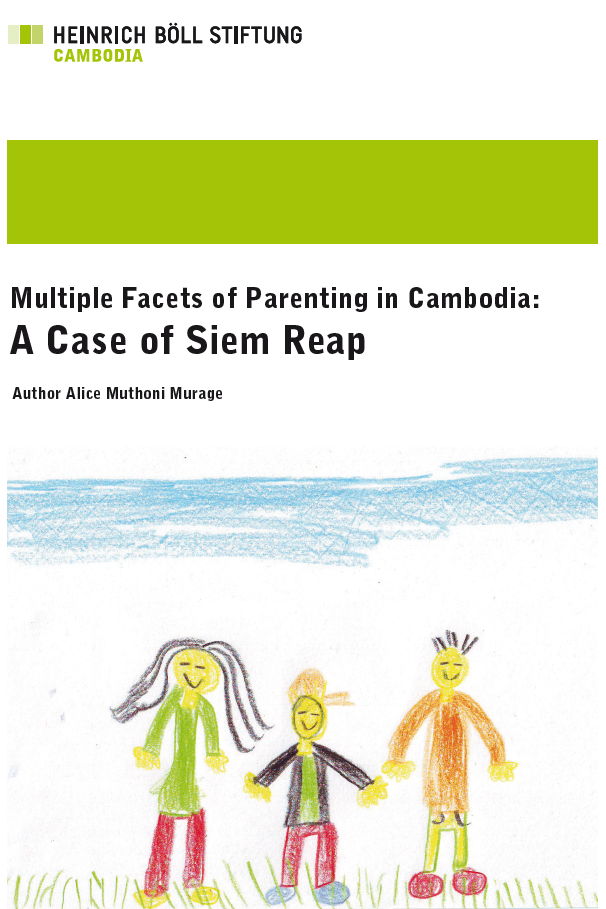 Multiple Facets of Parenting in Cambodia: A Case of Siem Reap

This research paper explored the various ways in which Cambodian parents seek to fulfil the development needs of their children. 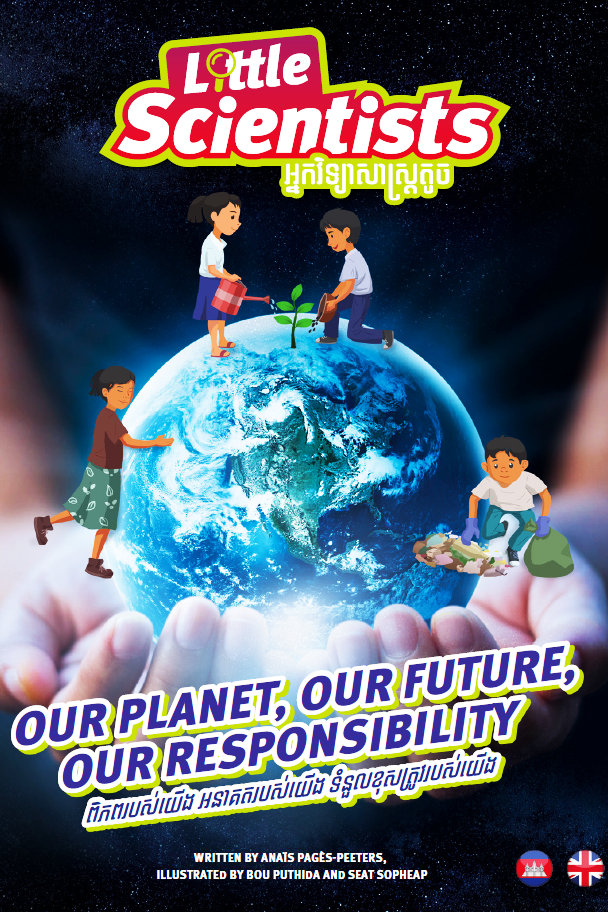 Our Planet, Our Future, Our Responsibility 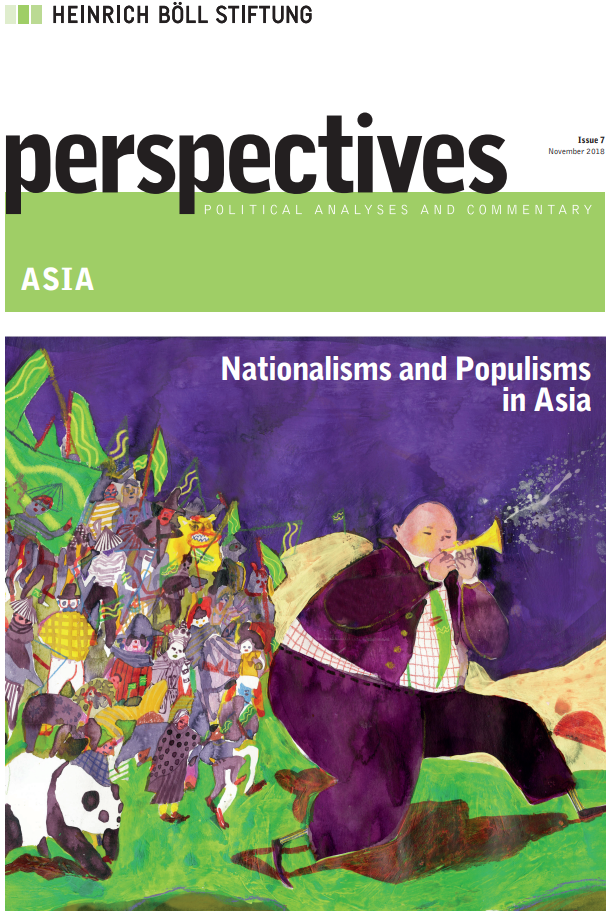 Nationalistic sentiments spurred by populist rhetoric have been on the rise globally. Asia is no exception to this trend. Some Asian leaders communicate visions that can instill a feeling of pride, creating a rarely felt sense of belonging among people. Yet the current streak of Asian nationalism can also become a setbackfor democracy and human rights. 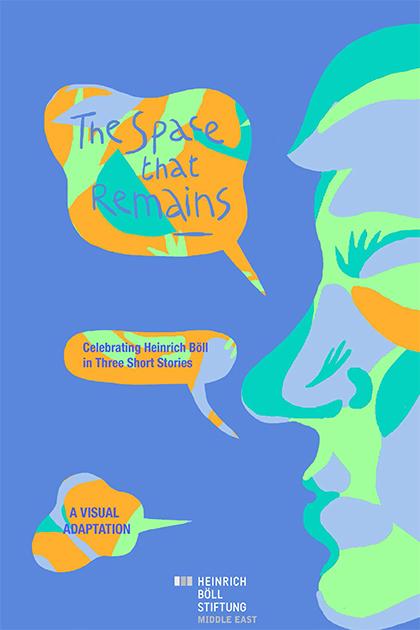 The Space that Remains: Celebrating Heinrich Boell in three stories 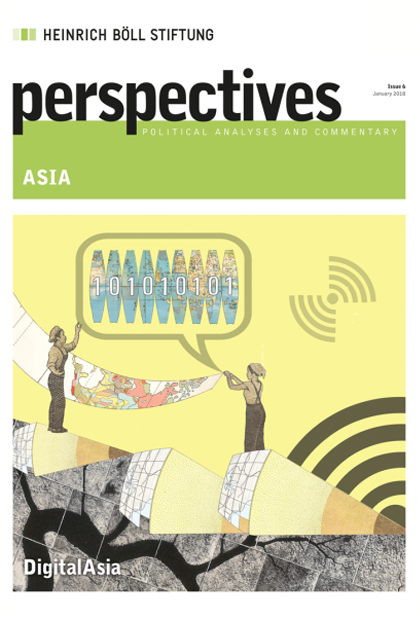 Over the last years, Asia has undergone an impressive digital transformation. Large parts of the continent have turned from the world’s factory into a creative industry. Asian countries not only manufacture, but also develop new digital products. The region already accounts for half of world’s 2.8 billion internet users and by 2025 fast changing technologies are expected to bring a massive economic change. 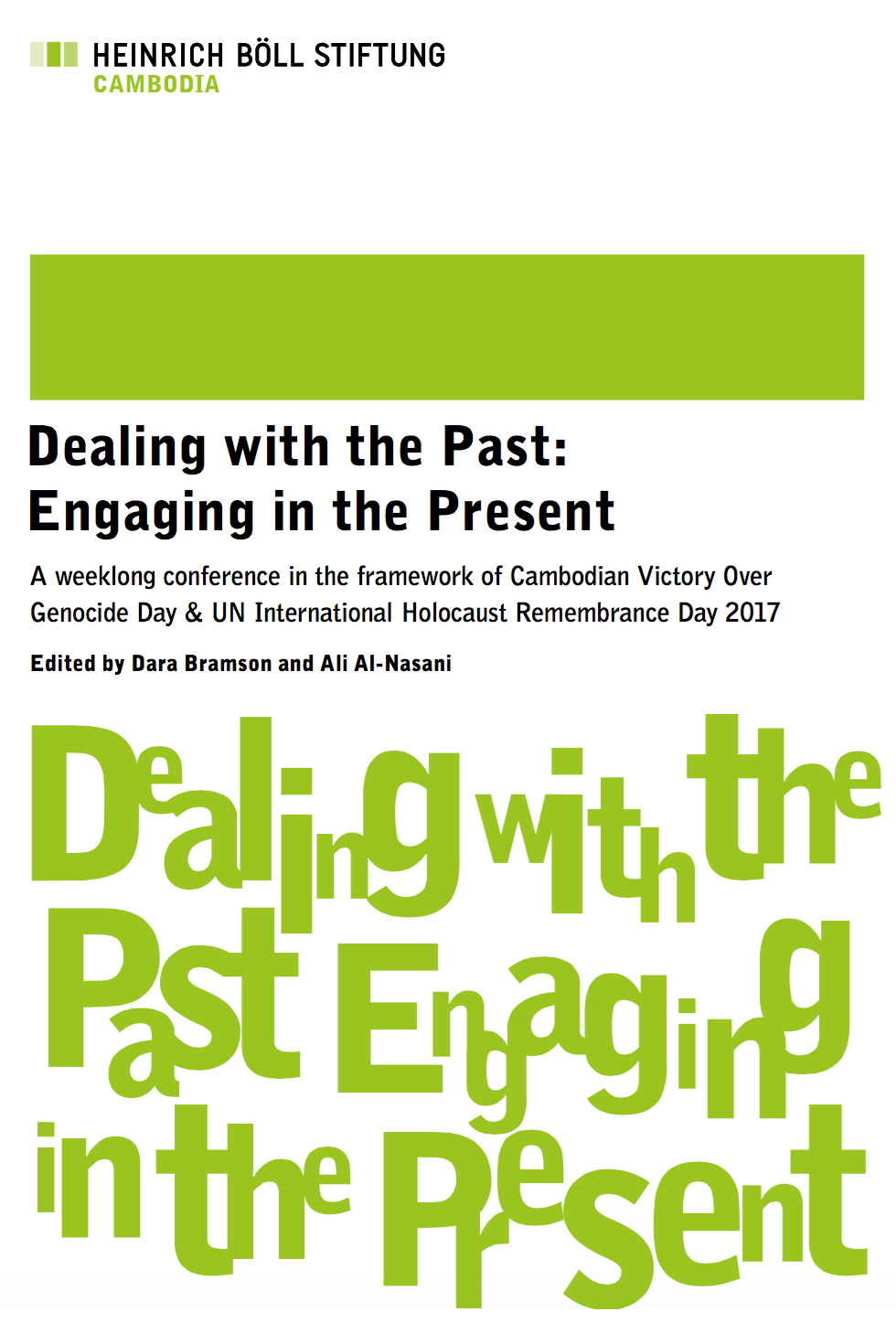 Dealing with the Past: Engaging in the Present 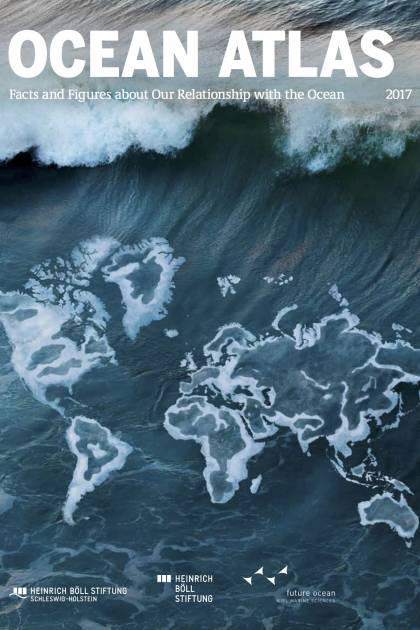 Ocean Atlas: Understanding the threats to our marine ecosystems

Overfishing, the loss of biodiversity, and an immense pollution – the seas are under stress. The Ocean Atlas 2017 delivers in more than 40 infographics and articles all the relevant data, facts and contexts.